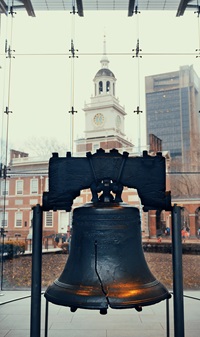 A measure of heat equal to the amount of heat necessary to raise the temperature of one pound of water one degree F.

Adding charges to a bill without a customer's approval.

The amount of electricity used at any given instant or averaged over a designated period of time. Demand is usually in measured in kilowatts or Megawatts. The Peak Demand is the highest 15 or 30 minute recorded demand period over 12-months.

Removal or relaxation of regulations or controls governing a business or service operation such as utilities.

This document is the contract between providers and customers that dictates the terms and conditions of service.

The company that owns the poles and wires used to distribute power from generators to customers. Examples include PECO, PP&L Duquesne, Met-Ed, Penelec & West Penn Power.

The company that purchases power from suppliers and sells it to consumers. TriEagle is an Electric Generation Supplier.

The production of electricity. Electricity in Pennsylvania is generated from natural gas, nuclear, coal, wind, water, and solar energy.

A unit for measuring electrical energy. One kilowatt is 1,000 watts and equal to 3,413 BTUs). A kilowatt-hour equals one kilowatt of electrical power taken from an electrical circuit steadily for one hour.

This website, located at www.papowerswitch.com, was created to help inform customers about their options for electric service in the Pennsylvania area.

Electricity that is made from "environmentally friendly" fuel resources, such as wind, water, biomass or solar. Sometimes referred to as "green" energy.

One of three commonly used terms to differentiate customer classes. The other two are commercial and industrial. Residential customers include private households that utilize energy for such needs as heating, cooling, cooking, lighting and small appliances.

The reorganization of traditional monopoly electric service to allow operations and charges to be separated or "unbundled" into generation, transmission, distribution and retail services. This allows customers to buy retail electric service from competing providers.

This is the amount of electricity you used during the billing period listed in kilowatt-hours. This will be listed on your electric bill as KWh used.

An electrical unit of power or rate of doing work. It is analogous to horsepower or foot-pounds per minute of mechanical power. One horsepower equals 746 watts.